Where It All Started... 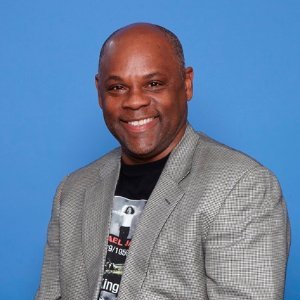 The African Student Union’s (ASU) Academic Supports Program (ASP) was born out of the student empowerment movement of the 1980’s. As leaders of what was then the Black Student Alliance (BSA) responded to the shockingly low retention and graduation rates of African American students, they began to critique campus programs designed to support, retain and graduate Black students.
In the Spring of 1985, BSA leaders began to organize students around the alarming rates of attrition (drop-out) among Black students. BSA leadership called for student input, demanding a voice in both identifying the challenges and determining solutions to the retention crisis. Student leaders then sought to advance their role from advisory input to representation in the decision-making process. Ultimately, they chose to pursue self-reliance, and mutual support through the development of a student-initiated retention program.
In the Fall of 1985, BSA created a new component, the Academic Supports Program, to coordinate Black students’ self-determined efforts to retain and support their own success and that of their peers. BSA leaders joined forces with student leaders from other underrepresented communities to successfully negotiate the establishment of the UCLA Campus Retention Committee, a student-majority funding body for student-initiated retention programs, in the Summer of 1988. In the Fall of 1988, BSA’s Academic Support Program hired staff and formally launched services for African American undergraduate students including transfer students and received its first annual funding allocation in the Winter of 1989.
In the Summer of 1989, the newly named African Student Union’s Academic Support Program worked with African American staff in Summer Sessions to create the Summer Re-admission and Retention Program. In 1995, at a National Minority Recruitment and Retention Conference in New Orleans, ASP formally introduced what has come to be known as the Holistic Student Empowerment methodology, designed to facilitate student empowerment and academic success among culturally alienated, underperforming students.
ASP provided the model for ASU’s student-initiated outreach project, Students Heightening Academic Performance thru Education (SHAPE), founded in 1995 and inspired the creation of similar student-initiated retention and outreach projects on several other University of California campuses. 29 years since its formal establishment, the UCLA African Student Union’s Academic Supports Program continues to demonstrate the power of student empowerment and peer support, and to facilitate the full academic and social potential of African American students at UCLA.